With over 25 years in the trenches, I’ve learned that nonprofit leadership isn’t easy.

You are often required to navigate the complex and competing needs of multiple stakeholders. Budgets are tight and you are constantly asked to “do more with less.” Your technology tools aren’t what they’re supposed to be, leaving you to limp along and get things done by inefficient means.

Not to mention the fact that outsiders think working in this world is a breeze!

But it is an infinitely rewarding enterprise.

That’s why I have never left the third sector in my entire 30+ years of work.  It’s just too awesome to know your work makes a difference every day.

The good news is that you can find inspiration related to nonprofit leadership everywhere. The lessons are always there, if you take the time to look for them.

Back in the summer of 2019, I was glued to the TV watching live and on-demand games of the FIFA Women’s World Cup.

As a former college player, I was overjoyed with the progress of women’s soccer in both player skills and fan followers. It was amazing thing to watch.

Back in the day, I played for the Washington State University Cougars. We were a club team, not even important enough for the university to fund us as a varsity sport. We had a lively British coach and a small van that we used to shuttle around the Pacific Northwest for games.

I think our coach had another job at WAZZU, but he was a good sport about it all. He was dedicated to helping us win. We had a jolly time singing off-color British pub chants as we trundled through the night to our next competition.

Although it’s fun to reminisce about old times, I’m happy to see that women’s soccer has changed for the better. With more attention and resources, professional athletes can achieve even greater heights and fans – more delight.

There’s no doubt that the time has come for change. Now, women players are demanding equity in resources and pay. And, all because of fantastic leaders driving change. 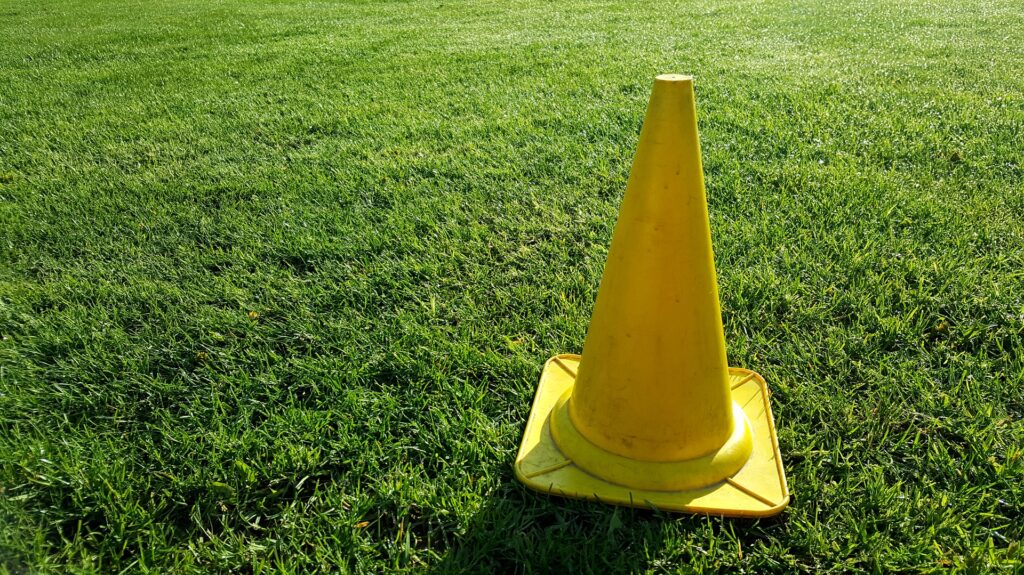 For nonprofit leaders, movements like these offer interesting lessons. For leaders of volunteers, often the under-resourced underdogs in organizations, there is even more value and wisdom.

There’s a lot to admire about today’s most successful athletes, even more so when they work collaboratively, as a team, to achieve greatness. It’s no small feat.

As I watched the FIFA Women’s World Cup tournament unfold in 2019, there were so many lessons between winners and losers and within the competition, in general. I began to see themes emerge.

Certainly, those who find themselves at the top of the game have innate physical characteristics that make them stronger, faster, and more agile than others who simply can’t compete.

But at the highest levels, there is more to winning than simply relying on what you’re born with.

Nonprofit Leadership Is Not Innate

Similarly, in nonprofit leadership, there are innate characteristics that, at first glance, may appear to offer an edge. Certain causes might engender more natural empathy or support from the public and this may make them more likely beneficiaries of success.

Some national, regional, or geographic environments might be easier to deliver services than others or have a more engaged philanthropic base. The size of a nonprofit may play a part in its ability to garner media attention and build awareness.

Still, there are choices each leader or athlete can make that make success more likely, regardless of the raw materials they start with.

For example, some people are born naturally fast runners. But with a little effort, others can also learn to run a 60-yard dash in under 7 seconds. It just takes focus.

So leadership, like athletic ability, isn’t a foregone conclusion. We can train ourselves to make better choices and react differently to adversity. Focus and practice can indeed separate good from great leaders.

And, it helps to study the best.

Great leadership comes in all forms and shapes, and sometimes in surprising places. The 2019 US Women’s National Team (USWNT) demonstrated it in spades.

For a little context, the FIFA Women’s World Cup isn’t just a simple tournament. It is an epic marathon.

To reach the final match, each country’s team must play three games in their group stage before making it the final 16. If they win there, they head to the quarter-finals, then on to the semi-finals, and final. From the round of 16 onward a loss will send a team home.

In the end, the two teams that compete in the final will play seven games over a month span (with potential for overtime games), as well as training in between, press appearances, etc. It is both physically and mentally draining.

Exceptional leadership in this environment is a necessary ingredient to sustaining a successful run. And it helps both on and off the field. Here’s how the team pulled it off and some key takeaways for others who want to overcome the odds and drive change in their organizations.

Winning teams don’t tear each other down, on the field or off it. While USWNT may have differences of opinions, they kept any internal tensions to themselves. Instead, during press conferences they praised key playmakers and the team as a collective unit.

In high-pressure, low-resourced environments where nonprofits live, it’s easy to slip into gossip and the blame game when things don’t go according to plan. But, in the end, these actions only break down cohesion and do nothing to build the confidence needed to succeed.

The US women were criticized for their “arrogance” and overconfidence. But, at the top levels of competitive sports it’s difficult to develop a winning mindset without a little swagger.

What about in nonprofits? If leaders don’t project confidence in their programs and community impact, who will support them?

In fact, often nonprofits have something to crow about and don’t do enough to communicate it to the community. It’s time leaders made their successes more widely known through storytelling, impact measurements, and public kudos to staff and volunteers.

LESSON 3: It Takes a Village of Friends, Partners, Family, and Fans

Armed with confidence, gratitude is a way leaders can stay grounded in light of their success. The USWNT took many opportunities to thank the fans, and fans repay them in kind with massive support at each game. They also had an army of friends and family who not only supported them at tournaments but also throughout the training year.

For most nonprofits, it takes an army of dedicated volunteers and donors to support mission success. So, it’s imperative for agency leaders to publicly acknowledge this work early and often.

It also helps to thank those at home who support you.

LESSON 4: Fitness is a Factor

You must be physically and emotionally fit to win at the highest levels. This helped the USWNT maintain their spark even in the most grueling games.

Strength and endurance isn’t just for athletes, though. It helps leaders of all kinds find success by helping them remain more focused and alert. Keeping fit and practicing mindfulness can help nonprofit leaders focus on what really matters and leave the rest behind.

Influence, or “non-sales selling,” is a large part of leadership. USWNT team members understood the image they want to project and are media savvy, sharing both a platform for change and unfettered, behind-the-scenes jubilation. Fans loved it.

Nonprofits can also leverage both formal, serious messages with authentic, behind-the-scenes peeks at day-to-day operations. Do you need to show unabashed afterparties? No. But, the public must know, like, and trust leaders in order to support them.

And, with a plummeting trust level in US charities, we have work to do.

In the 2019 World Cup tournament, some teams felt they were treated unfairly by the referee. One team was visibly upset, staging a mini protest on the field. Equal or unjust, the actions didn’t help them compete. With the clock ticking away, precious time was wasted on debating with officials and the focus is redirected away from winning and toward a feeling of disempowerment.

The same goes true for nonprofit leadership. Sometimes, you simply don’t get what you might deserve in terms of support, recognition, or respect.

Certainly, there is a time for anger and grief about the status quo. But, choose those times wisely and don’t let these emotions ruin the game plan. 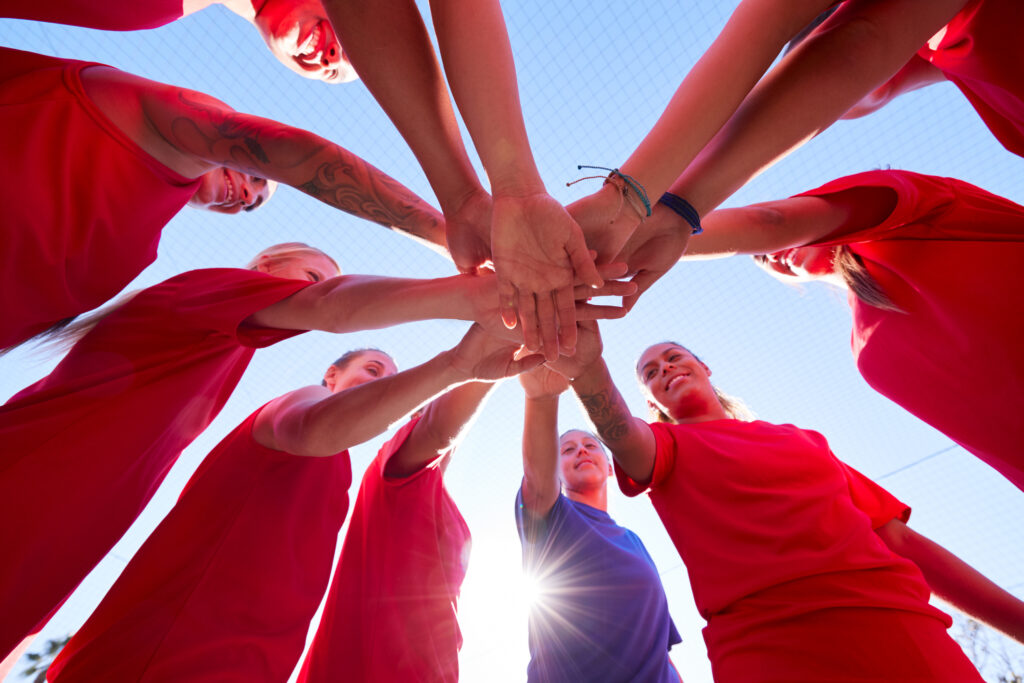 A full 28 members of the USWNT escalated their long-running fight with the US soccer federation by filing a gender discrimination lawsuit over pay equity and working conditions.

This discrimination affects not only their paychecks but also where they play and how often, how they train, the medical treatment and coaching they receive, and even how they travel to matches. It was timed perfectly to coincide with International Women’s Day and three months before the World Cup ensuring the issue would be covered.

Similarly, with nonprofit leadership can choose when and where to launch their advocacy campaigns, whether they be for better support inside the organization or to bring about change in their impact area in the world. Timing is everything.

Breaking all world records, the USWNT was the only team to win four World Cups (plus four Olympic gold medals). The men’s team has won none. It has been a consistent phenomenon of success.

In case you don’t follow sports, here’s a rundown:

As nonprofit leaders seek change, they must also demonstrate progress. Not everyone can be a world champion, but leaders can develop their nonprofit leadership skills and a reputation for exceptional results. This helps gain traction and support for new proposals.

LESSON 9: You Earn Respect With Time

After years, the struggle had been taken on by the people, building the public momentum for change.

When you become frustrated, it helps for nonprofit leaders to recognize the pace of change. Every small step helps.

And, when the tide turns, it feels virtually immediate. A smart leader knows that’s not the case, but has faith in the future and knows that day will come.

Choose Your Path to Greatness

Within the nonprofit leadership sector, you too can choose the path of grit, determination, and focus to reach your highest aspirations. Leadership is rarely a foregone conclusion due to job title or a place on the org chart.

Leadership and influence aren’t a given. At the same time, you don’t have to wait for permission.

You can make the choice to lead, no matter the consequence or adversity before you. And, no doubt you’ll attract unlikely fans-for-life along the way.

Are You Ready to Make the Most of Your Promise in 2022?

If you are ready to build, grow, and scale your volunteer efforts in 2022, then our signature online course is the perfect fit for you.

We will be opening enrollment soon. So, now is the time to join our waitlist so that you get our early alerts when the doors are about to open. 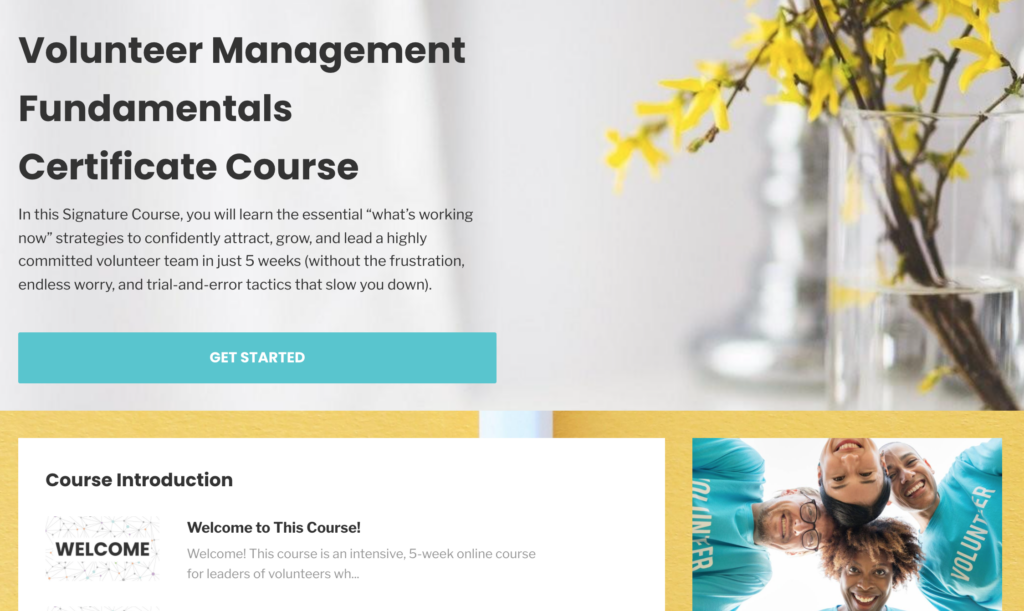 Here’s what we’ve got in store …

Join us for the most comprehensive program in the field for leading a high-impact volunteer engagement strategy that works.